HAUGHTON – William “Bill” Curtis Turner, 62, (formerly of Costa Mesa, CA) peacefully passed away unexpectedly on December 30, 2013. Visitation for Bill will be held Friday, January 3, 2014 at 1 PM and will be immediately followed by a memorial service at First Baptist Church in Haughton at 2 PM. Graveside services will be held Saturday, January 4, 2014 at 10 AM at the Mansfield Cemetery in Mansfield, LA.

He was preceded in death by his parents, Ralph and Sally Turner of Mansfield. He is survived by his brother Tom Turner and wife Debbie of Marble Falls, TX, sister Martha Turner of Haughton, sister Laura Turner Melton and husband Steve of Mansfield, Jeffrey Brown and family of San Diego, CA, and a host of nieces and nephews. 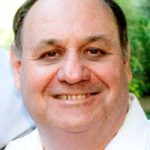 Bill was born on November 27, 1951 in Alexandria, LA. He was a 1969 graduate of Mansfield High School. He earned a BS in General Studies with an emphasis in speech from LSU in Baton Rouge and a BA in Bible Theology from the Moody Bible Institute in Chicago, IL. He served in the US Army from 1974 to 1984, attaining the rank of Captain. He worked in the field of behavior management for a significant portion of his adult life as a life skills coach for both children and adults. While in California, he was very involved in the Bill Glass Prison Ministries. He was also on the staff of the Rock of Africa Ministry, where he was on the missions board and took part in mission training. While living in Haughton, he attended First Baptist Church where he was highly involved with his singles group, served as a substitute Sunday School teacher, and was very active with the youth, men’s, and prison ministries. He was a die-hard LSU fan and loved to cheer on the Haughton Bucs.

In lieu of flowers, the family requests donations be made to the First Baptist Church– Haughton Prison Ministry.