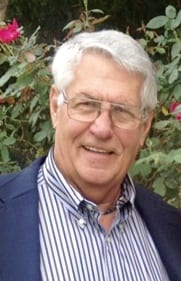 Haughton, LA – William “Bill” Herschell Duncan passed away peacefully at WK Bossier on August 31, 2019. He was surrounded by his family constantly for the past week after a sudden cancer diagnosis. The family will receive friends at a visitation Wednesday, September 4, 5-8pm at Hill Crest Memorial in Haughton, Louisiana. Funeral services will be Thursday, September 5th at First Baptist Church Haughton at 10am. Dr. Gevan Spinney, special childhood friend of the family and Pastor of FBCH will officiate, and Interment will follow at Hill Crest Cemetery in Haughton.

Family and friends were of utmost importance to Bill. He enjoyed spending time at Lake Eufaula, and tinkering with his hot rod, and by doing so he made memories with family and friends that will last a lifetime. Bill was a devoted husband, loving father and grandfather and friend to everyone. We will miss his infectious smile, sense of humor, and ability to always see the good in everything, but most of all…his kindness, compassion and love for others.

Bill is also survived by his sister, Nancy Riddell of Oklahoma City, Oklahoma and a host of nieces and nephews.

The family would like to give special thanks to the nurses and doctors at WK Bossier for their compassionate care.

Stats show crime is down in Bossier City