SHREVEPORT – Graveside services for William Taylor will be held at 1:00 p.m. on Friday, March 14, 2014 at Hill Crest Memorial Park. Pastor Cecil Marr will be officiating. 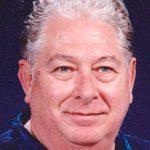 Born and raised in Shreveport-Bossier, he attended Bossier High School and graduated in 1955. Mr. Taylor joined the Marines in 1957 and was a policeman in San Francisco by 1966 while staying in the reserves. He met and married the mother of his children, Bette Craighead in 1959. His second marriage

as to Pamela Roberts. William was very proud of his career in the police department. He retired in 1994.

Condolences may be signed and memories may be shared at www.hillcrestmemorialfh.com