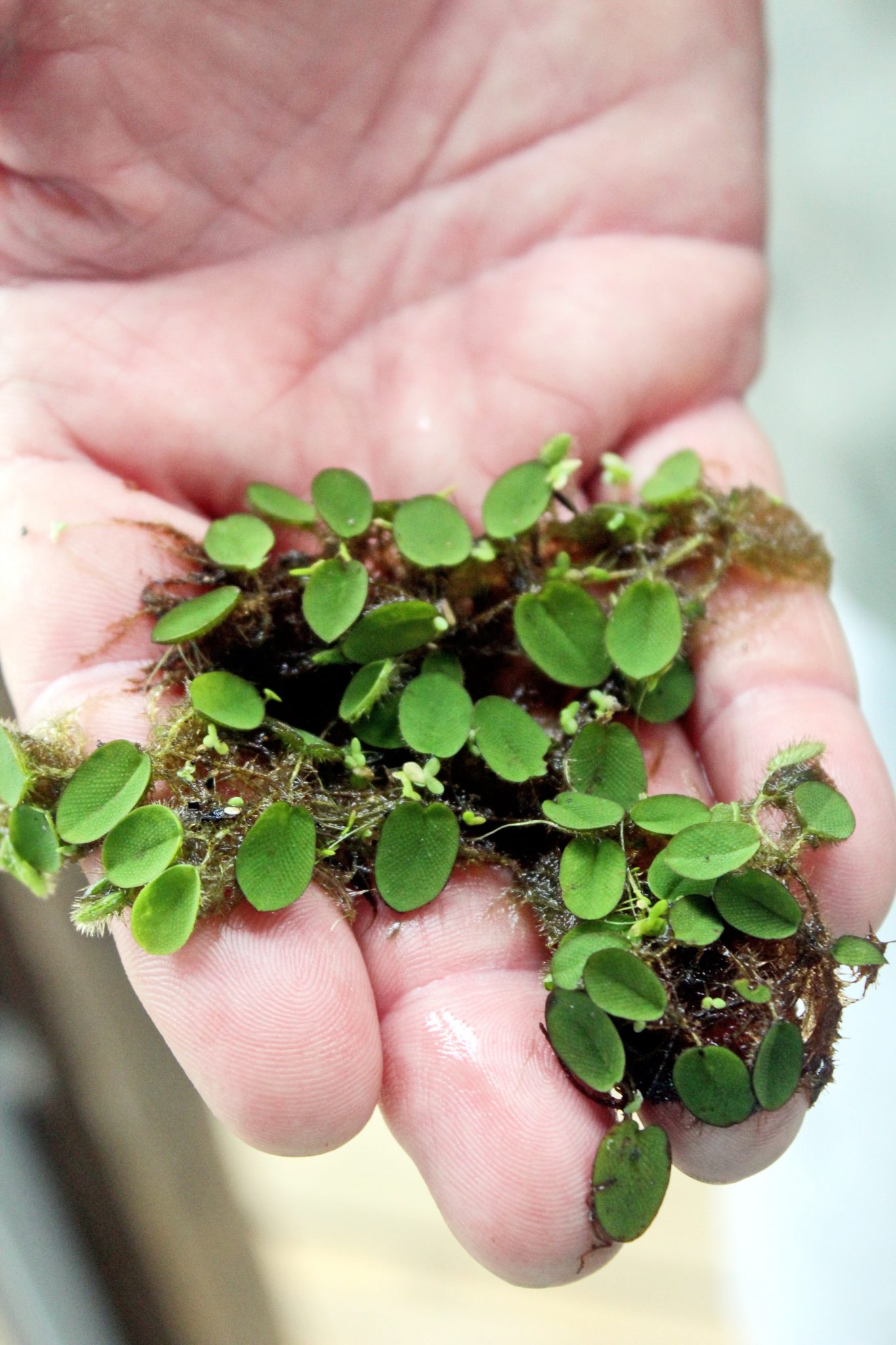 It’s a rare occasion to not find Michael Morrison on his boat trolling the waters of Lake Bistineau.

Though he’s not an avid fisherman, Morrison still enjoys time on the water with family and friends.

Lake Bistineau is best known for its scenic view, particularly the old cypress trees draped in Spanish moss. But there’s something else lurking on top of the water that makes it hard for residents and visitors to enjoy its natural beauty.

Salvinia molesta, commonly known as giant salvinia, was first discovered on the lake in 2006. This aquatic fern, native to south-eastern Brazil, is a free floating plant that doesn’t attach to the soil, but remains buoyant on the surface of a body of water instead.

Morrison has lived on the west side of Lake Bistineau for five years and has seen the wrath of giant salvinia.

“I’ve seen it covered in green as far as the eyes can see. It’s heartbreaking,” he added.

This summer, however, is a different story. Members of the Bistineau Taskforce say the lake’s current state is the best it has looked in quite a while.

While they remain optimistic now, the taskforce knows the salvinia will soon grow again. Peak time for growth is mid-August due to excessive heat and extended daylight hours.

When salvinia reaches 1,500 acres or more of coverage on the lake, a drawdown is initiated. The last drawdown was enforced last year right after the Fourth of July holiday.

A recent count shows that the giant salvinia covers about 300 acres of the lake, but the taskforce expects that number to climb higher into the summer.

As it grows, the salvinia clogs waterways and blocks sunlight needed by other aquatic plants. Brotherton, who also resides on Lake Bistineau, recalled a time in the summer of 2011 when he said the lake was at its worst.

“It multiplies, doubles and triples, within a matter of days,” Brotherton said. “There are times where you can walk down to the bank and not see any water. It looks like Astroturf.”

Morrison added: “It limits what you can and can’t do and the areas you can go into. You don’t want to run a boat through it when it’s pretty solid.”

The Bistineau Task Force (BTF) was created in 2009 by the Bienville, Bossier, and Webster Parish Police Juries in cooperation with Trailblazer Resource Conservation and Development (RC&D), the Bodcau, Dorcheat, and Saline Soil and Water Conservation Districts (SWCDs) as a response to public outcries over the spread of Giant Salvinia in Lake Bistineau.

Because of its rapid growth abilities, giant salvinia has become one of the most problematic aquatic plants in southern states. There are a number of ways officials have taken action, including the use of herbicides, water fluctuation, quarantine and weevils.

Last October, a proposal was made to construct a weevil farm to fight back against the invasive plant. Experts believe weevils can reduce its growth citing research that shows weevils have been successful in controlling salvinia in other parts of Louisiana and the world.

Ellzey Simmons with Trailblazer RC&D said the group is passionate about what is put on the water and what treatments are being used on the lake.

“We are convinced that the weevils will work,” Simmons said. “We have a plan, we have budgets and we have the land offered to us to do it. What we do not have is long-term support. We see this taking four or five years to be a real success.”

Billy Wayne Montgomery, Project Coordinator with the Bossier Parish Police Jury, said the next step is to try to convince the state that the weevils are the most efficient method to controlling and decreasing the salvinia.

“We’re not being critical. There just hasn’t ever been treated with just weevils or enough weevils,” Montgommery said. “We know as much about salvinia and weevils, factually, as anybody. The state owns the lake, but we can’t convince them this plan will work.”

Morrison praised local efforts to control the salvinia on Lake Bistineau. He hopes that a solution will one day be found to rid the waters of the invasive plant once and for all.

“It’s too big of a problem around the world that someone will eventually find a solution,” Morrison said.

In collaboration with the Bistineau Task Force (BTF), Trailblazer RC&D has formed the Weed Wardens and Shoreline Watch programs. They are designed to involve the public in the battle against Giant Salvinia on Lake Bistineau and will run through October 31.

Property owners, stakeholders, and other lake users are encouraged to sign up for the Shoreline Watch program. Informational materials regarding the program will be provided to all who sign up.

Simmons hopes the use of public eyes with the Shoreline Watch Program will be a successful tool in the fight against the invasive aquatic weeds that plague the lakes of north Louisiana.