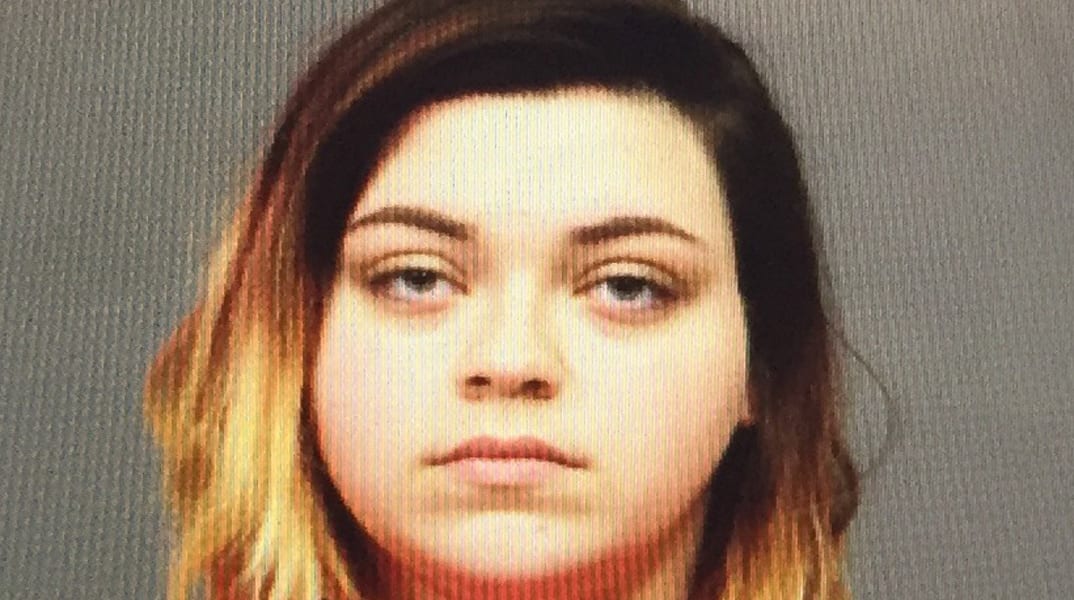 Bossier City Fire Department investigators arrested Kailey Marie Wise, 18, of Benton, Thursday for simple arson in connection with the Feb. 3, 2017 incident at the Walmart Neighborhood Market in the 4000 block of Barksdale Boulevard.

Wise and an unidentified male suspect could be seen on video walking down an aisle when she pointed out a package of feminine hygiene products to the man who sets the package on fire with a cigarette lighter. The couple then walked to the end of the aisle and appeared to wait until the fire engulfs the package before they walked away and exited the store.

Store personnel noticed the fire then called the Bossier City Fire Department. An employee was able to put out the fire with an extinguisher before fire crews arrived on the scene.

Wise turned herself over to investigators this morning, a day after the Bossier City Fire Department released security camera video of the incident to the media.

Investigators have also identified the male subject seen in the security camera video. Charges have not been filed against him at this time. Investigators say he is currently out of state and is expected to return in the coming days and hand himself over to authorities.