A woman from Haughton and a male friend from Bossier City were arrested Monday night for allegedly conspiring to murder her husband this past weekend. 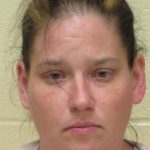 Cassie L. Sims, 31, of the 100 block of Jodie Drive in Haughton, and Patrick L. Pierce, 43, of the 5900 block of E. Texas in Bossier City, were taken into custody for devising a plan to murder Sims’ husband at the Jodie Drive residence Sunday morning.

Both Sims and Pierce admitted to detectives they developed the plan in which Sims provided Pierce with a firearm to come into the residence to murder her husband.  The two concocted a scheme where they would tie up Sims to make it look like a home invasion.  However, while attempting to carry out the plot, the husband disarmed Pierce who then fled the residence. 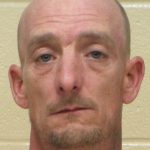 Deputies were dispatched to the scene Sunday morning to work what was reported at that time as a possible burglary in progress.  They soon found Pierce hiding in a port-o-let in the parking lot of the park at Tall Timbers on Highway 80.  Further investigation and interrogation by detectives resulted in the actual murder scheme to which Sims and Pierce admitted to plotting.