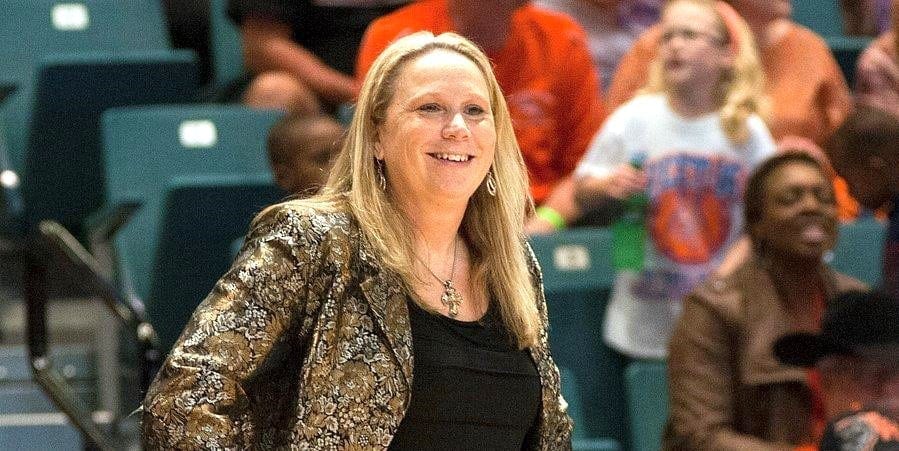 “My family and I are so excited about being part of the BPCC family and community,” said Nichols. “I am very honored to have been chosen to take Lady Cavalier basketball to the next level, and to continue building on the vision that has already been established. Louisiana is my home state and I am extremely motivated to be back. I am ready to share my knowledge and vision for the women’s basketball program with BPCC and the community.”

“This is just another step in the right direction for BPCC Athletics to become a championship program in the NJCAA,” said Rennie. “Brenda brings great experience and tremendous passion to the Lady Cavalier basketball program. It excites me to be able to turn the women’s basketball program over to a new head coach who will keep improving on what we have already built.”

Nichols comes to BPCC after spending the previous 12 years as the head coach at Sam Houston State University in Huntsville, Texas. In her 12 years at Sam Houston, Nichols won SHSU’s first women’s Southland Conference championship and earned the first NCAA Division I post-season tournament appearance in the Women’s Basketball Invitational (WBI). In total, Nichols has 16 seasons of experience as an NCAA Division I head coach having spent four seasons at Mercer University prior to Sam Houston.

After winning the Southland Conference regular season in 2013, the Bearkats played in the Women’s National Invitational Tournament (WNIT) for the first time in school history, playing a first-round game at Tulane. Nichols’ players set 27 school records and earned All-Southland Conference honors 12 times during her tenure.

Nichols played collegiately at Sam Houston for two years from 1987-89. She was the leading scorer on the 1988 SHSU team that finished with an 18-9 record. Her 17.8 career scoring average stands as the second-highest mark in Bearkat women’s basketball history. In 2014, Nichols was inducted to the Sam Houston Athletics Hall of Honor.

Prior to attending Sam Houston, Nichols was a NJCAA All-American at Western Texas Junior College