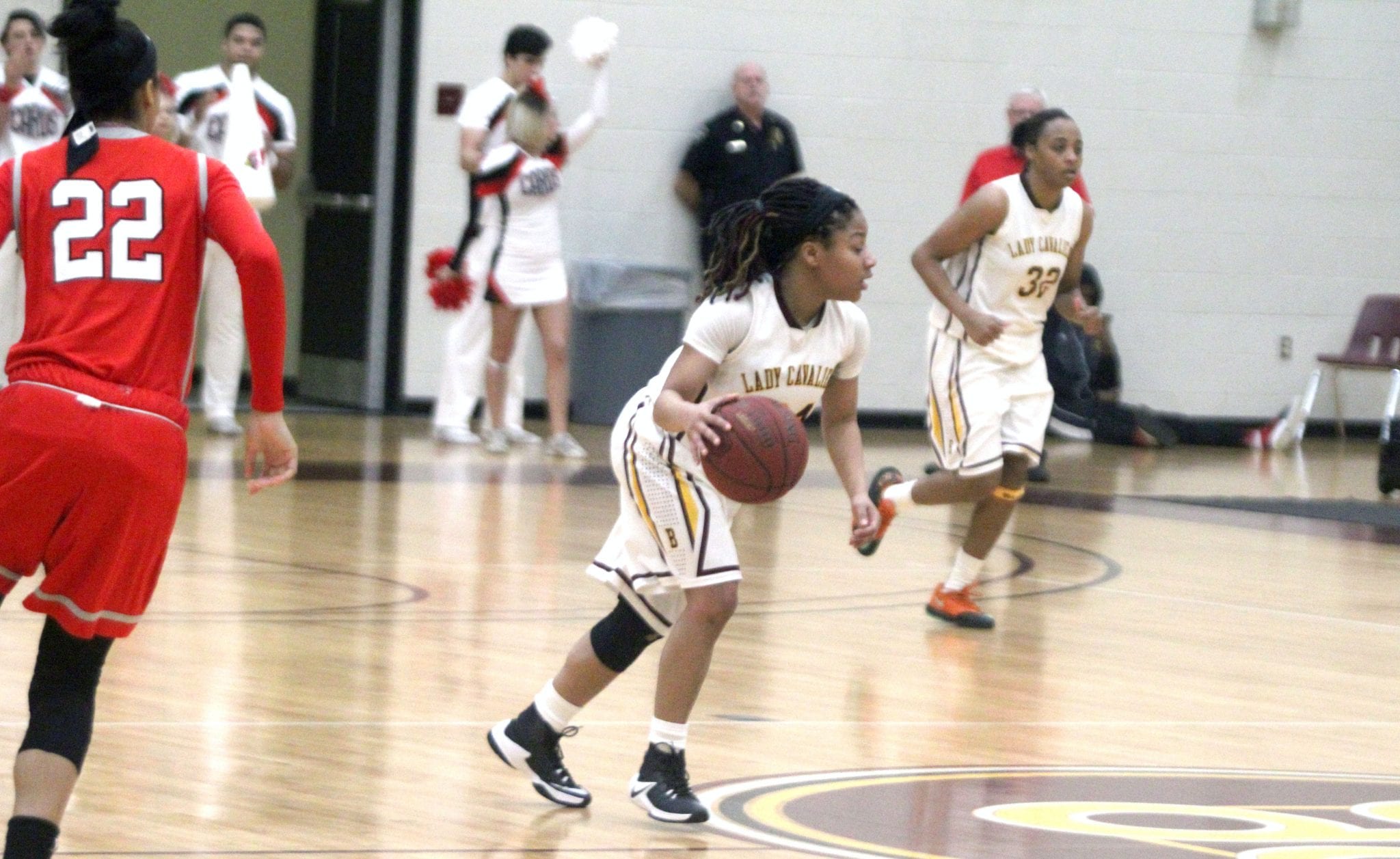 The Bossier Parish Community College Lady Cavs came oh-so-close to knocking off the No. 10 team in the nation Wednesday night at BPCC.

The Lady Cavs rallied from an 17-point deficit after three quarters against traditional power Trinity Valley Community College and sent the game into overtime tied at 60. But the Lady Cardinals avoided the upset, winning 72-67.

Had BPCC won, it would’ve been one of the biggest — if not the biggest — in the program’s four-year history. Trinity Valley has played in five of the last six NJCAA Division I national championship games. The Lady Cards were runner-up last season. They won three consecutive titles from 2012-14.

TVCC led 31-22 at the half and then scored the first nine points of the second half for a 40-22 advantage. The Lady Cards built the lead by forcing turnovers off their press.

The Lady Cavs settled down, but TVCC still led 51-34 going into the fourth quarter. With about seven minutes left, the Lady Cardinals were still up by 16.

Then BPCC’s Samarius Colquitt got hot from long range, hitting three 3-pointers down the strecth. Freshman guard Ashlyn Jacobs also hit a 3-pointer and began to score and draw fouls on drives inside the lane. She scored 11 of her 20 points in the fourth quarter.

Meanwhile, TVCC went cold from the field and BPCC cut the deficit to nine with just under five minutes to play.

Regina Scott hit two free throws with 37.6 seconds left to tie it at 60. The Lady Cards missed twice inside but got the ball back when it went out of bounds off a Lady Cav. A 3-point attempt from the baseline with a second left bounced off the rim.

BPCC took a 63-62 lead in overtime, but TVCC’s Naomi Davenport hit a 3 to put TVCC up by two. The Lady Cavs tied it at 65 with about two minutes left. Shakeela Fowler hit an off-balance shot in the lane to put the Lady Cards back on top by two.

Ater BPCC failed to score inside, the Lady Cards missed twice but got the rebound both times. Rainey Kuykendall, a 6-foot forward, scored on a putback to put TVCC up by four. Kuykendall scored all five of her points in overtime.

Savannah Thomas hit a layup to make it a two-point game with 9.8 seconds left. But Fowler iced it with two free throws.