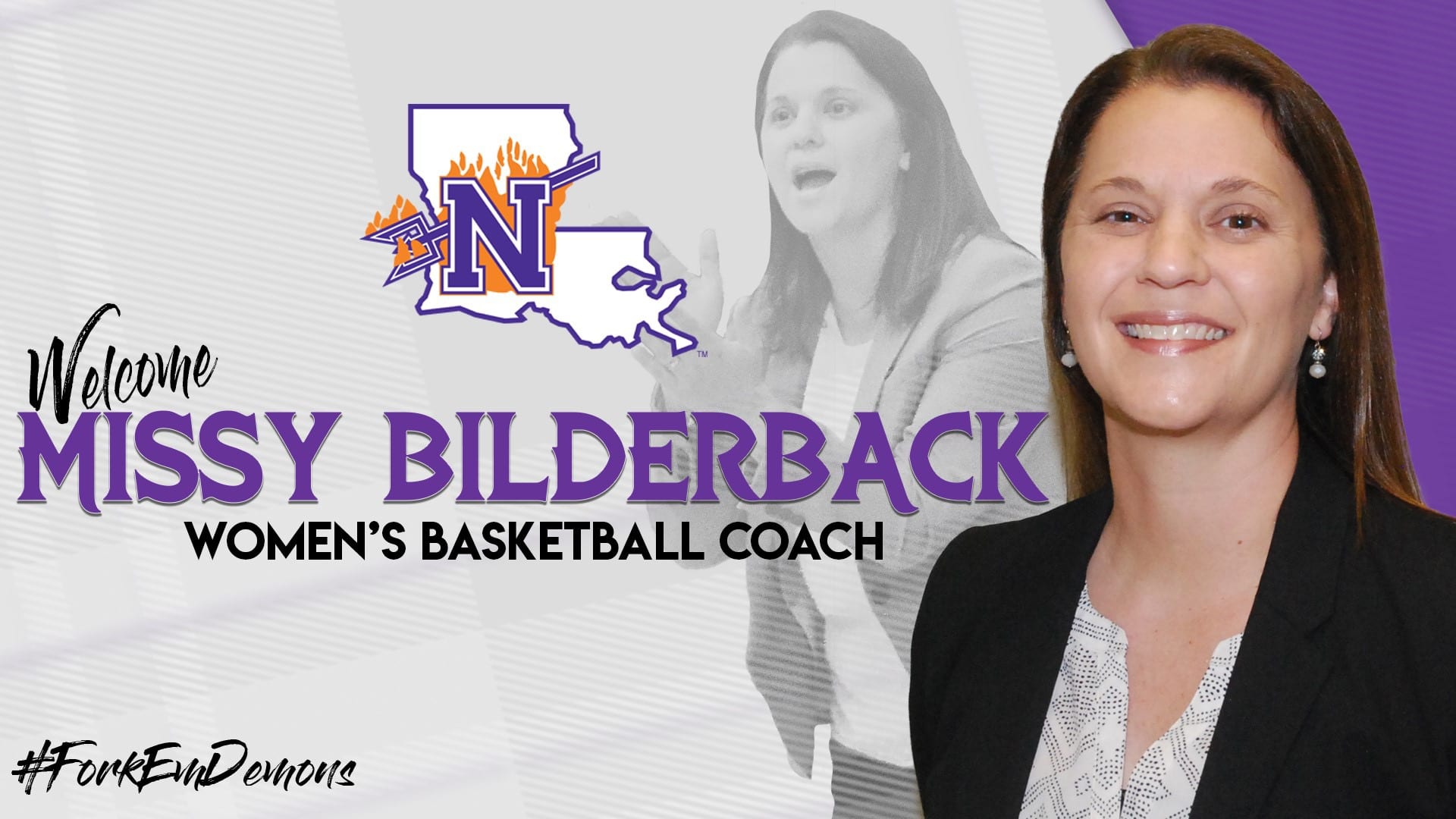 Bilderback comes to Northwestern State after leading Jones to a 127-20 overall record and a 63-7 conference mark in five seasons, winning four straight NJCAA Region 23 titles and three consecutive Mississippi Association of Community championships from 2016-19. She inherits the position from interim head coach Aaron A. Swinson, who took over the team Jan. 26.

“We’ve hired a winner in Missy Bilderback,” said NSU Director of Athletics Greg Burke. “She can coach and that quality is complemented by her ability to inspire her players to perform at a high level and on a big stage. She has plans to put together a quality staff that earnestly will want to work side by side with her to bring winning ways back to Lady Demon basketball for the young ladies in the program, for the fan base and for the former players who built the tradition that is Lady Demon basketball.”

Bildberback was chosen from an initial pool of 127 applicants from across the country. Bilderback’s hiring is pending approval of the Board of Supervisors of the University of Louisiana System, of which Northwestern State is a member.

“It’s evident they’re very hungry at Northwestern State to win and to be successful,” she said. “It’s also evident the administration wants a great experience for their kids and wants someone who will care about the kids and wants them to be their best.

“There was such a great feeling around NSU. It’s very family oriented, and it is a great community that I think will really get behind and support women’s basketball. They have been successful in the past. Look at the Stoehrs and their recent success, and the success under coach (James) Smith and coach Pat (Pierson). It’s possible to be successful there, and I am very appreciative of the administration for giving me this opportunity.”

In her five seasons at Jones College, Bilderback coached 20 Division I signees, including four who inked scholarships with Power 5 conference schools. She coached former Lady Demon Kira Bonner, who led Northwestern State in scoring (13.8 points per game) and 3-pointers (49) in the 2019-20 season.

Bilderback took the Lady Bobcats to the Elite Eight in 2017 and produced consecutive Sweet 16 appearances in the 2018 and 2019 national tournaments. A three-time District O Coach of the Year, BIldberback coached five NJCAA All-Americans, 11 all-region selections and 20 all-conference performers while the Lady Bobcats earned national rankings in four of her five seasons.

“She is, overall, a caring person who carries that over as a coach,” Bonner said. “She does a great job of teaching the game and breaking down. She is fair with her team, regardless of whether they are a freshman or an upperclassman.”

Said Bilderback: “Both coach (Brooke) Stoehr and Kira were important for me going through the process. I trust both of them a lot. Kira felt like this was a situation in which, with my style and what we did at Jones, we could be very successful in the Southland Conference. She gave me a lot of information about the current roster and her experience and the community. I took that into consideration, knowing what type of fit it would be.”

For all the success Bilderback’s Jones College programs had on the court, her players were equally proficient in the classroom. From 2015-18, Bilderback’s program graduated 100 percent of its student-athletes. In each of her first four seasons, her teams had at least a 3.12 GPA.

References spoke as much about Bilderback’s relationship-building skills as her on-court success.

“Missy, from day one, will embrace being the head coach at Northwestern State,” said Louisiana Tech co-head coach Brooke Stoehr, who led the Lady Demons to two NCAA Tournaments and one Women’s Basketball Invitational berth in four seasons at NSU from 2012-16 and first became acquainted with Bilderback when the latter coached at Presbyterian Christian School in Hattiesburg, Miss.

“She will immerse herself in the Natchitoches and campus communities. She has the ability to relate to people and, more importantly, relate to her players and get the most out of them. When you watch her teams play, they have consistently shown they play hard for her. They play an entertaining, fun style of basketball based off maximum effort and dedication to the team.”

A 2001 graduate of Southern Miss, Bilderback spent 15 years as the head coach at Presbyterian Christian School, compiling a 452-115 mark and six Mississippi Association of Independent Schools state championships, including four consecutive from 2004-07. She helmed PCS to a pair of overall state titles in 2010 and 2014 and was a six-time MAIS All-Star Coach. While at PCS, she picked up Hattiesburg American Coach of the Year honors five times (2002, 2005, 2007, 2013, 2014).

“The kids will love Missy, and they will play hard for her,” said former Southern Miss head coach Kay James. “She is well-respected in Mississippi and nationally. You’ll have a jewel if you hire her.”