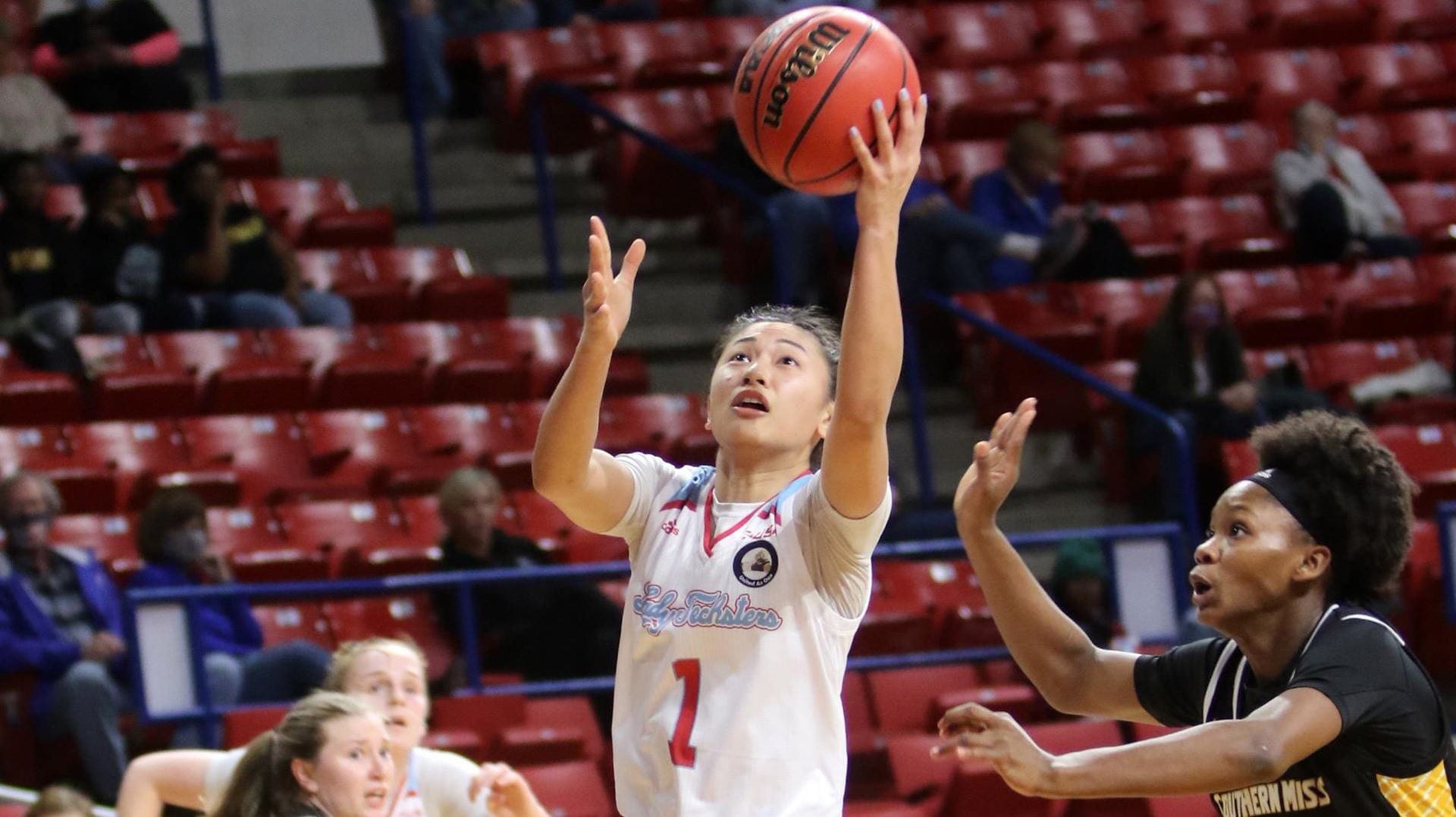 All week long Louisiana Tech wore practice shirts that had those two words written across the front of them as the main message of the week.

Following a poor performance on the glass in a pair of home losses to UTEP last weekend, the Lady Techsters rebounded – no pun intended – past Southern Miss 77-60 Thursday night at the Thomas Assembly Center.

Tech (10-5, 5-4 C-USA) outrebounded one of the better rebounding teams in Conference USA 35-28, including a 20-10 advantage in the second half and it ultimately led to the victory.

“Huge,” said Tech head coach Brooke Stoehr. “It was an emphasis for us to box out and rebound. We needed guards to rebound for us tonight. Dixon had five for us tonight. Walker had six. Raizel had four. Bri had three. Anna Larr had six. Tyler had one. Everyone that played had a rebound.

“That was something we knew going in was they are such a great rebounding team and have such great size and do a really good job of getting position. We knew we had to box out and have our guards go help us clean it up. They did a really good job with that.”

Amber Dixon added eight points, a career-high 11 assists, five rebounds and four steals as the Lady Techsters overcame 14 second half turnovers – 20 for the game – in the victory.

“Amber was big,” said Stoehr. “We needed her to do that for us tonight. Just being a great teammate and being unselfish. She was two points off a double-double, but the 11 assists was big for her being able to find Raize, find Lotte. She had a couple of drop offs to the post that were really big. She didn’t shoot it well, missed a couple of easy ones, but still four-for-four from the free throw line and the five big rebounds and drew three fouls.”

Tech led 41-34 at halftime but after committing eight turnovers in its first 12 possessions in the third quarter saw Southern Miss cut the lead down to 47-44 with 3:39 to play in the stanza. However, Guinto connected on two of her game-high five three-pointers during a 80 second stretch that saw Tech use an 11-0 run to push the advantage out to 58-44.

“Once we settled down and took care of the ball, we were able to get (Raizel) into some good spots and she knocked down some big shots,” said Stoehr. “It was really good to see her hit those. Also, Lotte hit a couple (of threes) and that was big for her. The thing that we’ve said all along is if we can get these kids making shots, life gets a little bit easier.”

The two teams will play Saturday in Hattiesburg with the tipoff at Reed Green Coliseum set for 4 p.m.