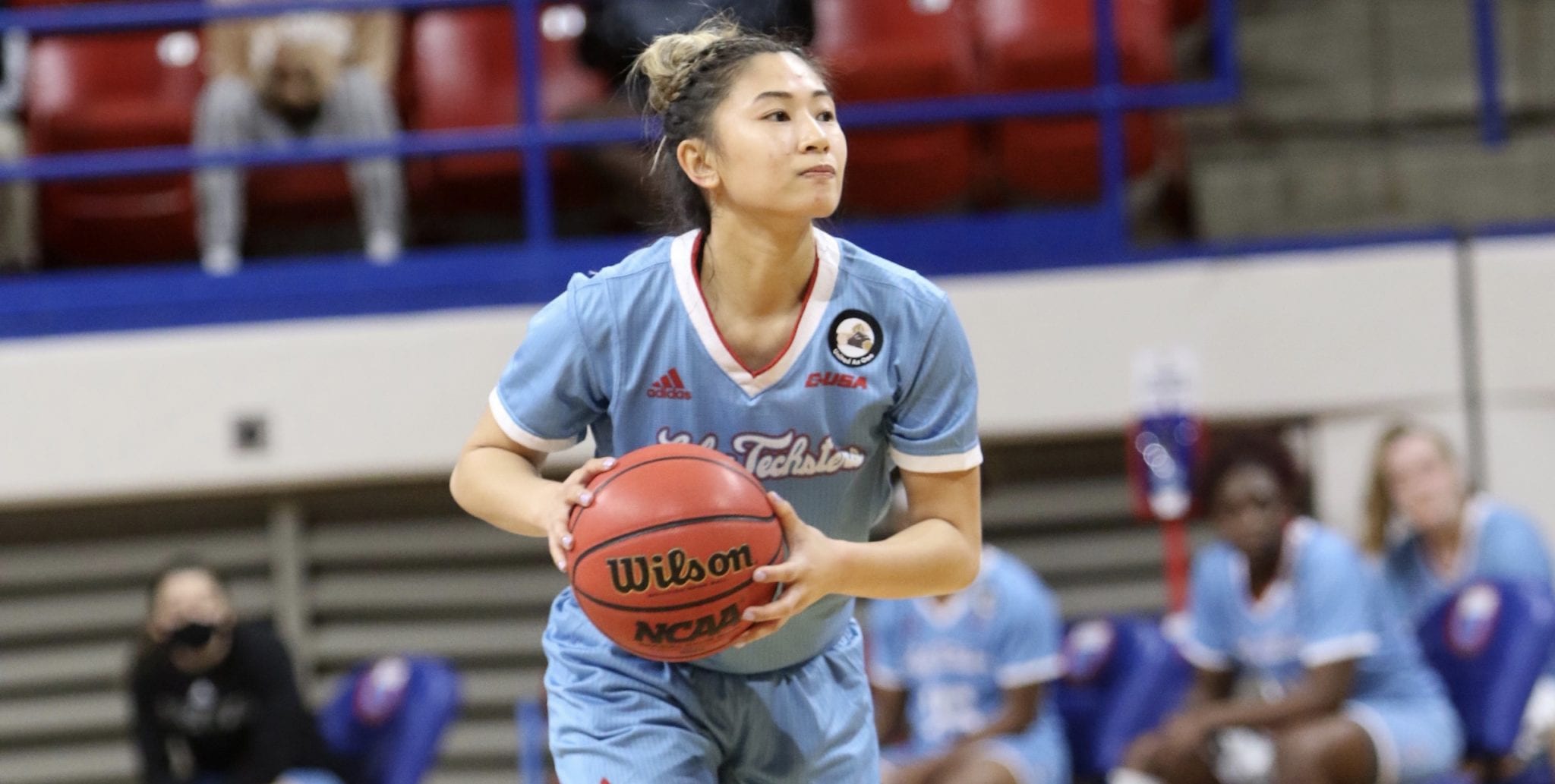 Less than 24 hours after a disappointing effort in a series opening loss to WKU, Louisiana Tech responded Saturday afternoon in a 58-52 victory over the Lady Toppers at the Thomas Assembly Center.

“I was really disappointed in our effort on the boards yesterday,” said Tech head coach Brooke Stoehr. “We watched it in film this morning, and it wasn’t pretty for our players. Sometimes we have to learn some tough lessons, and, unfortunately, we learned a tough lesson and let a home game go by yesterday.

“We just wanted a response, and we wanted the correct response. I couldn’t be more proud of how our players responded. I thought even when we didn’t hit shots, we got great looks. We shot the ball better the rest of the game. That first quarter was just tough, but we hung in there and we kept defending.”

Tech missed 14 of its 17 shot attempts in the opening 10 minutes of play, but only trailed 14-8 thanks to a solid job on the glass and on the defensive end. The Lady Techsters trailed 29-24 at halftime.

After back-to-back layups by WKU early in the third quarter, Stoehr called a timeout with her team trailing 33-26 with 7:49 to play in the stanza. Her team responded.

Roberson hit a layup, Guinto drained a three-pointer and then Walker connected on back-to-back layups to give LA Tech its first lead since it was 3-0 just one minute into the game. It triggered an 11-0 run.

“It’s amazing when you see shots go down what happens,” said Stoehr. “For them to have that happen was really big, especially during that stretch. It’s hard to continue to defend the way they’ve been defending in holding people under 60 and not make baskets. That’s a lot of pressure and a lot of stress on you, but I’ve been proud of the way they’ve continued to battle. They’re going to get better. We’re going to figure out what’s open in the zone.

“(Monette Bolden) came off the bench and her defensive effort in the third quarter really got us in momentum. She had a huge impact on this game without a taking a shot. That’s a huge lesson for any player.”

“Brianna Harris worked really hard for us defensively in the first half, and Anna Larr (Roberson) responded in the second half. It was good to see. Then Raizel (Guinto) was just steady for us. We needed all those minutes today.”

Tech led 45-40 heading into the fourth quarter and never relinquished the lead. WKU cut the deficit to 50-47 and had the basketball with just over minutes to play when Guinto picked off a pass and went the length of the court for a layup.

Guinto recorded another steal – one of her career-high tying five – on the next WKU possession and found Walker for a transition layup as Tech went on an 8-0 run to grab a 58-47 advantage with just under two minutes to play.

“Raizel made really, really good decisions today,” said Stoehr. “She had five assists and zero turnovers. If I’m not mistaken, this may be the first positive assist-to-turnover ratio. We just haven’t had a lot of assists. Mo had four assists and no turnovers. That’s what you want. You want seniors making big plays.”

Tech also did a job on the glass. One night after WKU outrebounded Tech by 11, including pulling down 21 offensive rebounds, the Lady Techsters allowed just eight offensive boards.

The Lady Techsters also dominated inside, outscoring WKU 28-12 on points in the paint.

“We tried to take away the interior,” said Stoehr. “We really got hurt by that yesterday. I give our players credit. They did a great job. (Fatou) Pouye had 11 and eight today. She got in foul trouble in the first half and we did a really good job on her. That was big for us. Our post players, we challenged all four of them and they all came in and gave us good minutes.”

Hope Sivori led WKU with 23 points, including 6-of-7 from the three-point line, while Ally Collett added 12 points and Fatou Pouye chipped in with 11 points.

Tech will travel to San Antonio next weekend to face UTSA on Friday and Saturday.