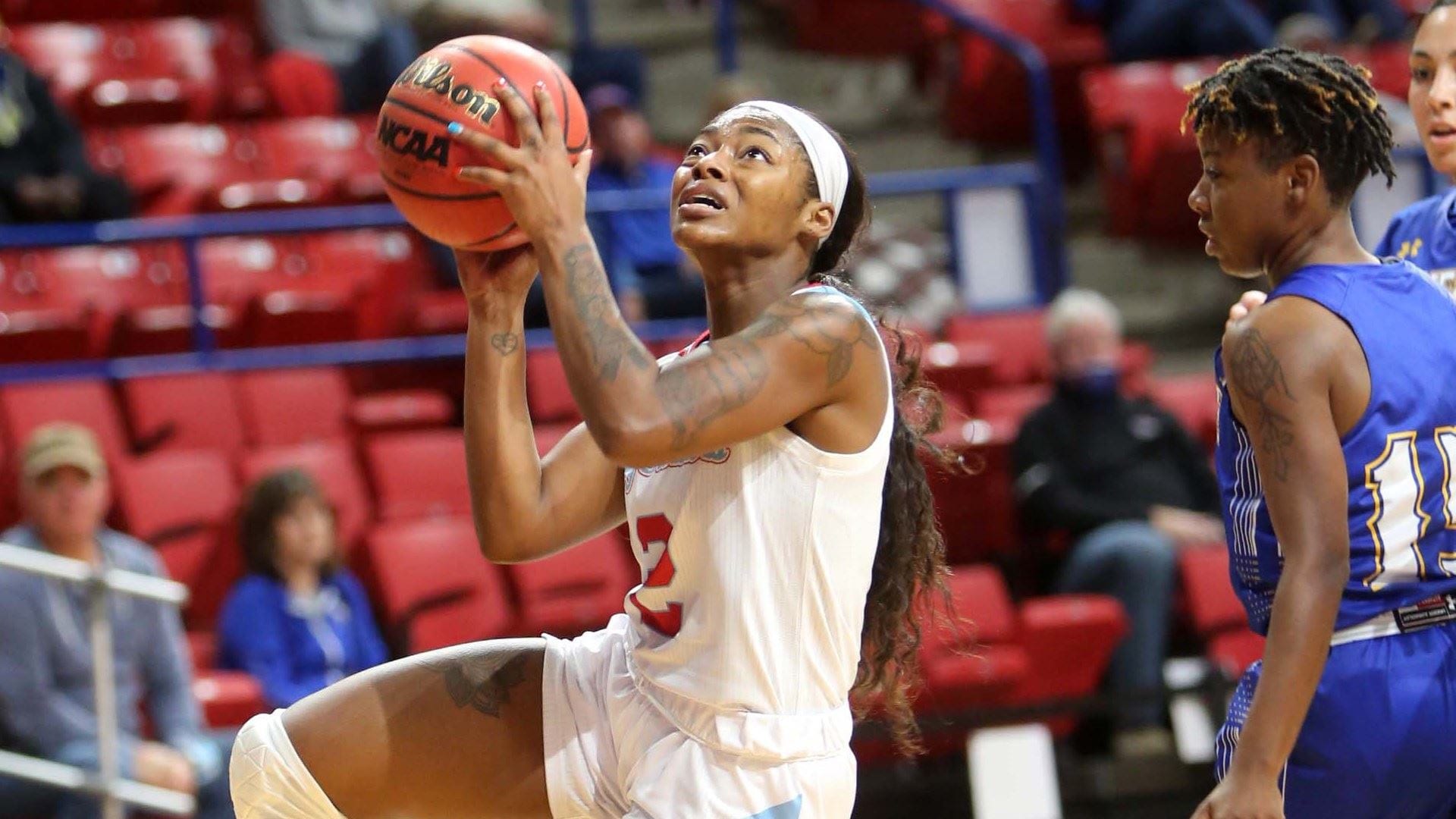 Anna Larr Roberson added a double double with 12 points and 11 rebounds while freshman Robyn Lee chipped in with 10 points as the Lady Techsters (1-0) scored the first 22 points of the game before coasting to the 45-point victory.

Head Coach Brooke Stoehr said it was great to be back on the court after more than eight months since the season came to an abrupt end last March.

“I’m not going to lie, it was pretty emotional,” said Stoehr. “There are so many people who have put in a lot of work to make this happen, starting with our players, Many Miller and our training staff and our administration. A lot of people have made sacrifices, and we recognize and appreciate that.

“To be able to get back out there with the people that you love and do the thing that you love that’s why we coach. When a group goes through something like this … and I know it’s just a game … but it gives them some normalcy and that was really cool to see.”

McNeese State (0-1) went more than eight minutes of the first quarter without scoring as the Lady Techsters jumped out to a 22-0 lead. By the time the Cowgirls got on the board with a Maia Robinson layup with 1:56 remaining in the opening quarter, Tech had seized the momentum that it never surrendered.

“I thought it started on the defensive end,” said Stoehr. “McNeese has a lot of new players and they have faced a ton of adversity not being in Lake Charles (due to the destruction from the hurricanes). Kacey’s group will get going, but they have had a rough going of it. We wanted to set the tempo with our defense and our energy and I thought we did that.”

After leading 28-2 through the first quarter, Tech upped the advantage to 52-18 at the half. The Lady Techsters hit 20-of-40 shots in the opening two quarters in large part to the play of its post players and some sparks off the bench.

“I thought our bigs with Bre Harris and Anna Larr did a really good job of taking what the defense gave them and not overcomplicate their moves inside,” said Stoehr. “I thought they rebounded well and were just aggressive.

All four of LA Tech’s true freshmen scored in the win, led by Lee with 10 points, Tyler Jackson with five points and two steals, Irene Murua with two points and eight rebounds and Korie Allensworth with three points.

Tech’s biggest lead in the game was 80-30 midway through the fourth quarter.