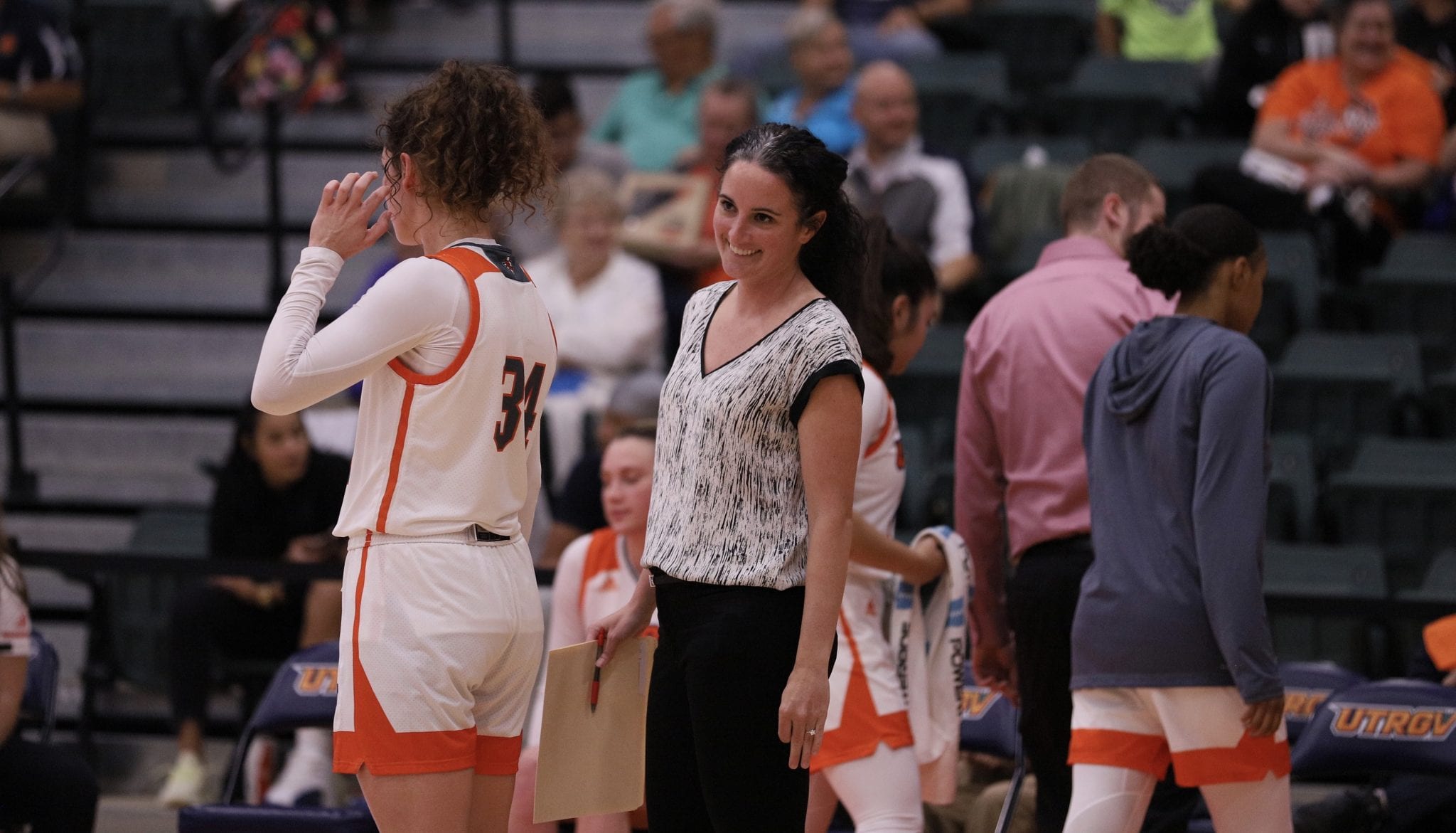 NATCHITOCHES – Like it has for many, dealing with the novel coronavirus/COVID-19 pandemic has thrown obstacles in Anna Nimz’ path.

For instance, the new Northwestern State women’s basketball coach has yet to set foot in the place she will call home for the foreseeable future. Likewise, she has not been able to meet in person with the nine returning Lady Demons players.

However, Nimz has chosen a different tact in terms of defining what establishing herself in a new job during the pandemic has been.

“These are unprecedented times right now,” said Nimz, who was named to her new position April 11. “Anytime there is an obstacle, I believe there are other ways of looking at it. Instead of an obstacle, it can be an advantage, because it is going to help us grow – one way or another.

“The biggest thing we’re going to face is our lack of facetime together. We need to implement a new offense, a new defense and a new philosophy. Not being able to be on campus, to be face to face with my staff or the young ladies, that is going to create a different avenue of learning.

“Although it could be an obstacle, I look at it as a way for us to grow just like every single one of us has learned to grow professionally while doing things from home.”

Nimz’ ability to focus on the positive – or potential positives – aligns with what she longs to create at Northwestern State.

Nimz has previous head coaching experience at the junior college level, making stops at Labette (Kansas) Community College and Kilgore (Texas) College for a total of seven seasons. She spent the past two seasons on the staff and UT Rio Grande Valley as the associate head coach, learning “what it takes to be successful at the four-year level.”

The philosophies she was able to hone “through trial and error” at those two stops were molded by her two seasons on Lane Lord’s staff at UTRGV as well as the lessons she learned growing up in Topeka, Kansas.

“My goal for Northwestern State women’s basketball is to cultivate an atmosphere that focuses on relationships, preparation, really embracing the process and having a positive belief system – not just within our program but really within each other,” she said.

“With every step, every decision I’ve made, I’ve had amazing support and guidance from my family. I feel their love and support in everything I do, and if it wasn’t for them, I wouldn’t be the coach I am today. It is 100 percent because of how my parents and my brothers impacted me and how I was raised that I understand how important it is to create a family atmosphere full of love and support.”

Although Nimz has yet to cross the Texas-Louisiana line and come to Natchitoches, she said she feels her family already has grown.

“I’ve had tremendous support from the NSU community, the women’s basketball alumnae and people in town,” she said. “I’ve received letters. I’ve received phone calls. I’ve received emails as if I was already on campus, and we already knew each other personally.”

Part of that can be attributed to Nimz’ personality, something Director of Athletics Greg Burke made sure to highlight as one of Nimz’ strengths.

“Her level of energy and, we heard it from one of her references, her infectious personality,” Burke said. “That’s very important in a coach. On the very first WebEx we did with Anna, she said, if she was going to be successful as our head coach, she would have to engage anyone from the president to the custodian and everybody in between. That’s something you will see.”

As she did when she was announced as the head coach, Nimz pointed out Northwestern State’s winning tradition and the importance it played in helping draw her to the position.

“The biggest thing is if you go through NSU basketball history, it has a great tradition,” Nimz said. “It’s evident you can win here. The biggest selling point to NSU is the family atmosphere, the fan base, the community.

“ I haven’t met somebody that didn’t know somebody or was related to somebody who worked at NSU. You are able to have a Division I program in a smaller setting, and that allows for more family involvement. You’re more than a number. You’re important.”