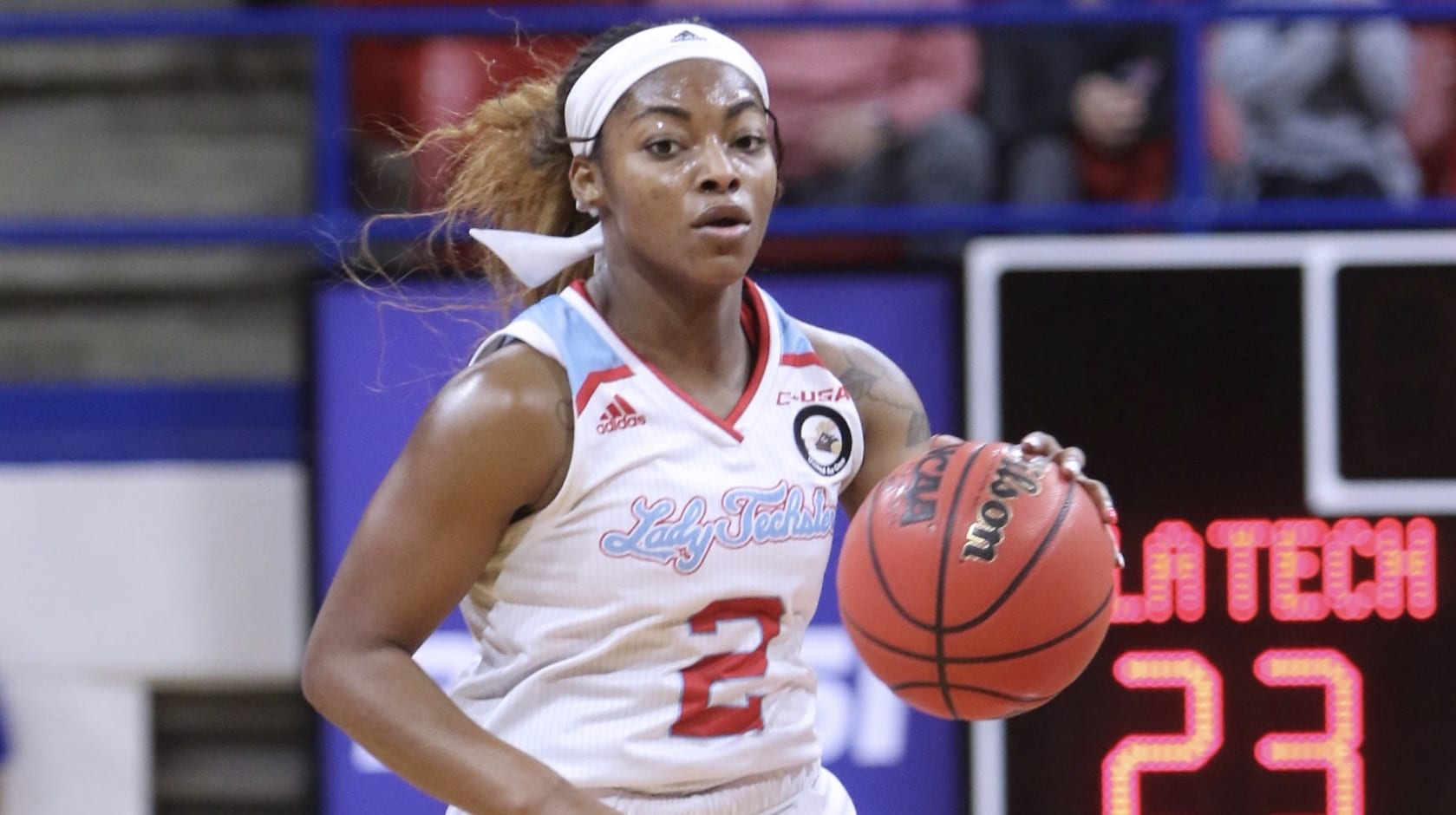 BIRMINGHAM, Ala. – Keiunna Walker scored 25 points and Amber Dixon added 20 points to lead Louisiana Tech to an 83-61 win over UAB Saturday afternoon at Bartow Arena as the road team’s dominance in the series continued.

The Lady Techsters recorded one of their top offensive performances of the year led by Walker and Dixon, who both registered back-to-back 20-plus point efforts in the weekend sweep. Anna Larr Roberson added 17 points and eight rebounds while Raizel Guinto chipped in with 14 points.

Tech shot 46 percent from the field, hit 16-of-18 free throws, outrebounded UAB 40-30 and committed only six turnovers in the win.

“I thought they’d come out and zone us today,” said LA Tech head coach Brooke Stoehr. “We started the game yesterday really playing through the paint off the dribble and spreading them out a little bit.

“We thought all week long that they would sit 10 feet in the paint on us. We did a nice of not forcing things, playing under control, forcing closeouts and moving the basketball. I’m really proud of our execution with just 12 turnovers in two games this weekend.”

Walker hit 11-of-21 field goals in the game, including numerous mid-range jump shots against the Blazer defense while Dixon was 7-of-11 from the field. Both players pulled down five rebounds.

“We worked on that a lot with her this week,” said Stoehr. “(Keiunna’s mid-range shots) were really calm and under control. They weren’t sped up. She was really, really good with that. She goes 50 percent from the field. There are probably a couple she’d like to have back. I’m really proud of her effort with five boards, three assists and one turnover.

“Just a really solid performance. She scored 25, but she’s guarding their leading scorer for the majority of the game and they do a great job screening for her and she moves so well without the ball that Walker had to expend a lot of energy on the defensive end of the floor, so I’m really proud of her effort.”

Tech led 22-14 at the end of the first quarter and then took a 46-30 lead at the half as Roberson drained a three-pointer as the buzzer sounded. After pushing the lead out to as many as 18 in the third quarter, Tech saw the Blazers respond.

A Margaret Whitley three-pointer – one of seven on the game – with 1:11 to play in the third quarter closed the gap down to 58-51. Tech led 60-51 after three quarters.

The fourth quarter was all Tech as the Lady Techsters outscored UAB 23-10 in the frame to pull away for the win.

“I’m really proud of the six turnovers, and most were in the first quarter,” said Stoehr. “On the flipside of that, we had 24 points off their 16 turnovers. We did a nice job of converting those to points for us. Yes, we gave up 10 threes. (Margaret) Whitley still goes for 23. Seven of those 10 threes came from her. She’s a great player.”

The Lady Techsters return to action Friday and Saturday when they host East Division leader Middle Tennessee at the Thomas Assembly Center for Senior Weekend.