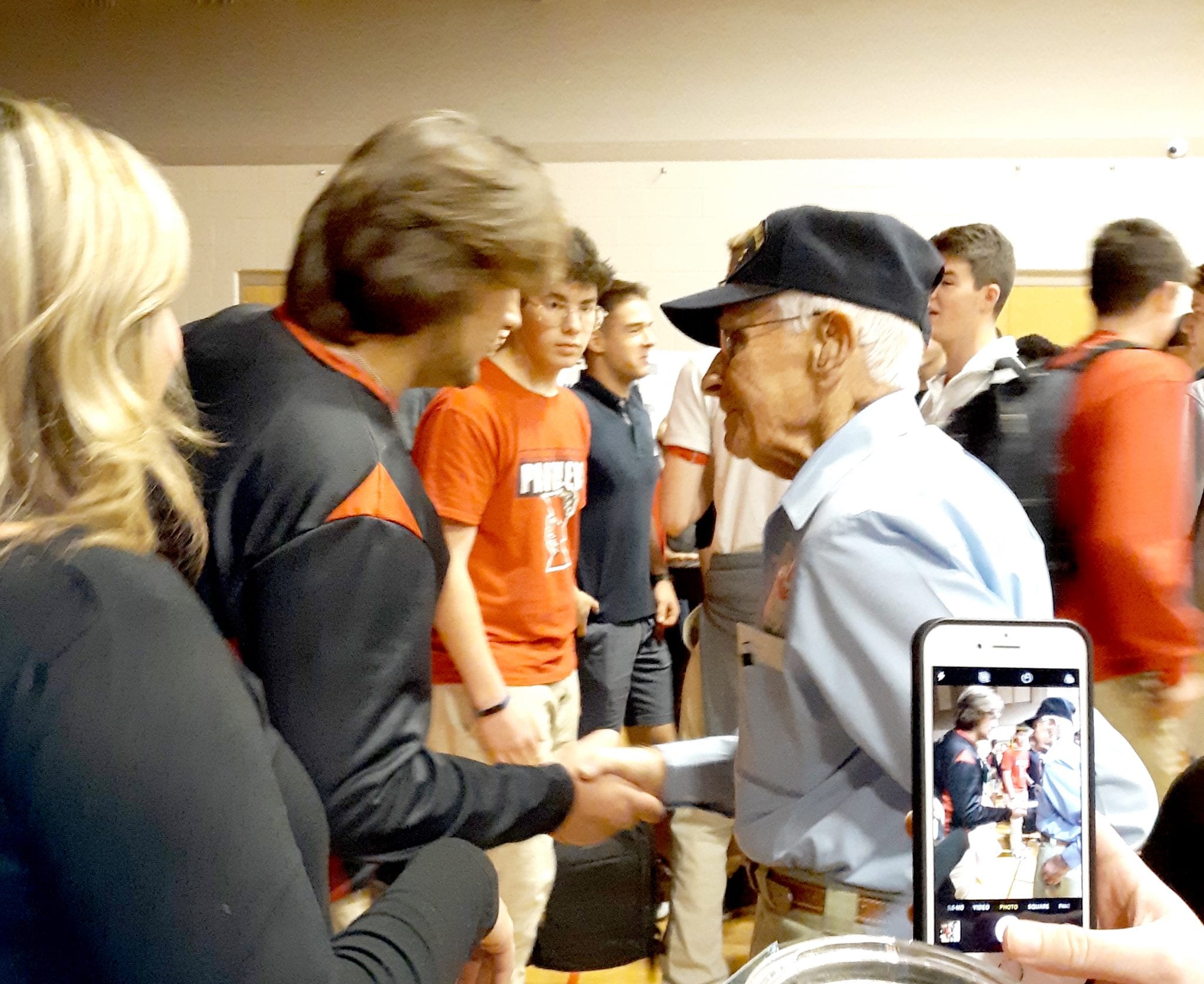 The 94-year-old Greene is the recipient of two Bronze Stars and a Purple Heart. He served in the Thirty-Second Army Infantry Division from 1943-1945.

He said there is nothing pretty about war, but he did what he had to do.

“The first thing I want the younger generation to understand is that there’s nothing glamorous about war. If I was going to describe war, I would describe it as death, misery, hunger, thirst, fear, those kinds of things,” said Greene.

When asked about friendships he made during the war, Greene was far more enthusiastic.

“What really impressed me was the friends I made and they’ve lasted up until now. There is only a few of us left,” he said. “We still call each other every week.”

Coming to the end of the hour long discussion, Greene was asked his final question: “What would he like to say to the students sitting in the audience about his time in WWll?”

He responded emotionally saying, “As hard as that war was, this country is worth fighting for.”

His visit coincides with a project that has Parkway students researching veterans that graduated from or attended Parkway High School and holding a fundraiser to purchase bricks to be placed at the memorial honoring those veterans.

Students in U.S. History classes are also involved in a project-based learning assignment for the World War II unit and will be creating museum exhibitions, focusing on topics related to the curriculum standards. The “Parkway WWII Museum” exhibit will be on display March 28 for students and visitors to view.

You can see more pics from the event here: