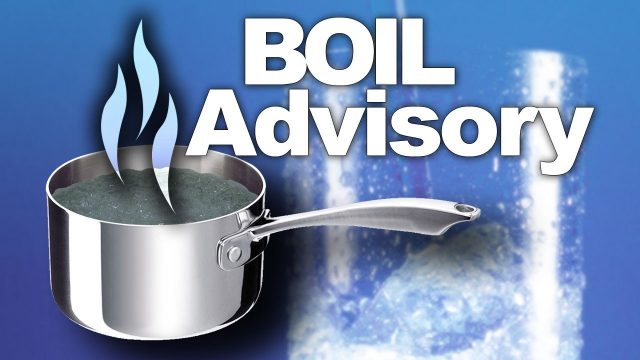 A boil advisory has been issued effective immediately for the East Central Bossier Water system, according to parish Director of Public Utilities Larry Landry.

A loss of pressure due to a circuit breaker failure cause system pumps to stop operating. Workers replaced the breaker and the system’s tank is being filled, but water cannot be released until the tank level rises enough to create sufficient head pressure to inject chlorine.

Consumers in the district should disinfect their water before consuming it (including fountain drinks, making ice, brushing teeth, or using it for food preparation or rinsing of foods) by the following means:

Boil water for one full minute in a clean container. The one minute starts after the water has been brought to a rolling boil. The flat taste can be eliminated by shaking the water in a clean bottle, pouring it from one clean container to another, or by adding a small pinch of salt to each quart of water that is boiled.

Residents in the area will be notified when the advisory is lifted by the Louisiana Department of Health–Office of Public Health, after water samples from the affected area show the water to be safe.