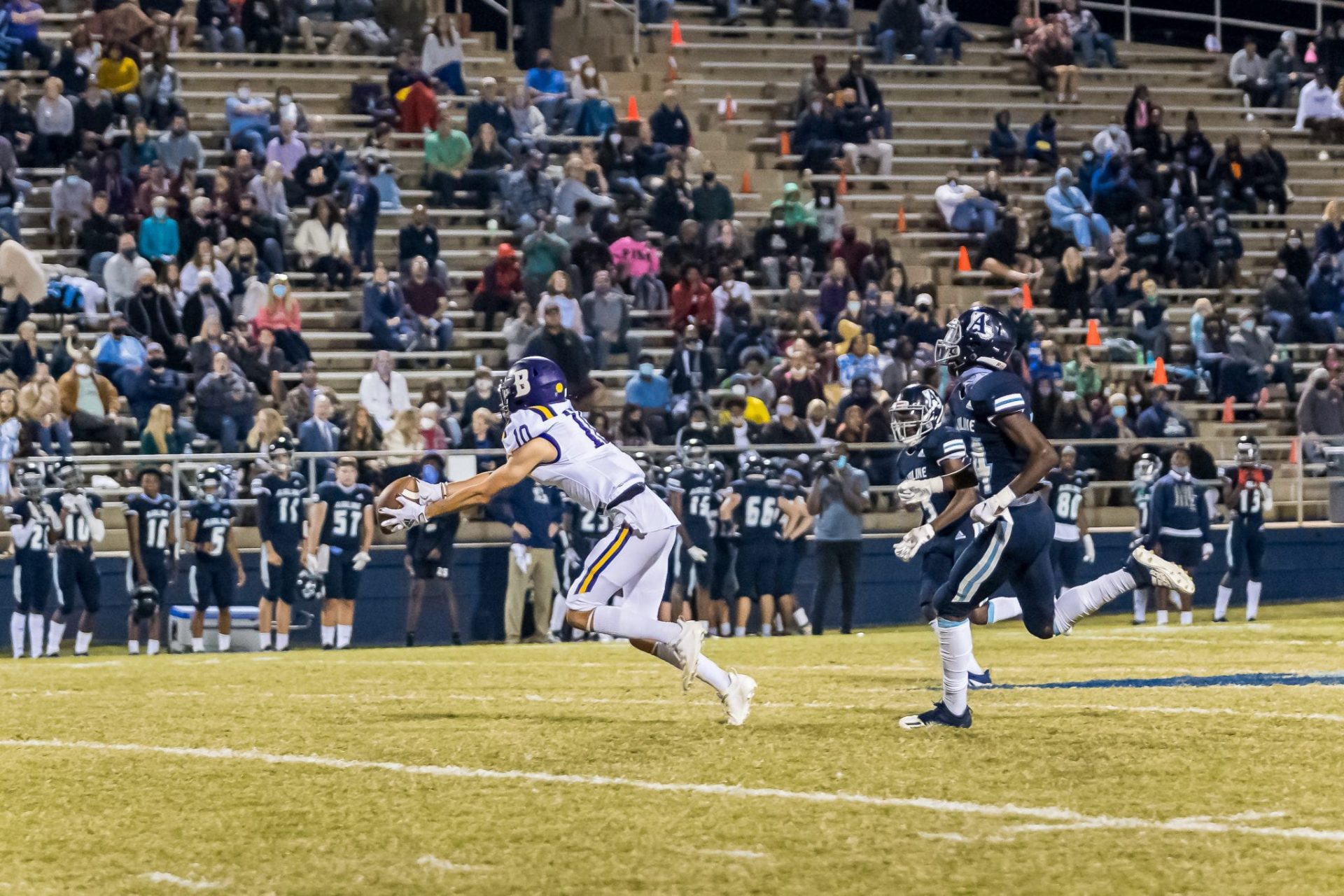 CAPTAIN SHREVE NOTES: Gators are No. 23 in the 5A power rankings and will be going to the playoffs win or lose … Despite missing starting QB Ashton Martin and WRs Kameron Dowell and Kendrick Law, Shreve was within seven in fourth quarter last week … Gators haven’t won at Airline since 2007.

AIRLINE NOTES: Vikings are No. 27 in the 5A power rankings and will likely be in the playoffs win or lose … QB Alex Garcia completed 15 of 22 passes for 218 yards and a TD last week … Daxton Chavez had three catches for 80 yards and Jaden Williams had three for 71 … Vikings have scored 28 or more points in every game since season-opening loss to Ruston.

PARKWAY NOTES: Panthers are No. 39 in the 5A power rankings; whether a win will move them up the seven spots necessary to make the playoffs remains to be seen … Parkway has won three in a row after 0-4 start … Sophomore RB Jaylan White rushed for 265 yards last week; he has 500 yards rushing in last three games … Parkway OC is brother of Haughton receiver Joshua Sewell.

HAUGHTON NOTES: Bucs are No. 15 in the 5A power rankings and will likely host a first-round playoff game with a win … Head coach Jason Brotherton and Parkway head coach Coy Brotherton are brothers; they went head-to-head the last five years when Coy was Captain Shreve’s OC … Bucs have won five straight since 28-10 loss to Byrd in Week 2 … Defense has allowed 34 points during win streak with most of that coming in 27-21 Week 5 victory over Captain Shreve.

BENTON NOTES: Tigers are No. 34 in the 5A power rankings; top 32 in final rankings make the playoffs … All five Benton games have been decided by seven points or less … Tigers’ four losses are by a combined 14 points … Sophomore QB Gray Walters was impressive last week; he has completed 51 of 95 passes for 626 yards in four games as a starter.

WHERE: Magnolia School of Excellence

PLAIN DEALING NOTES: Lions are No. 22 in the 1-1A power rankings; top 24 in final rankings make the playoffs … Plain Dealing has lost three straight since Week 4 victory over Lincoln Prep … Injuries have decimated the roster with key players out for the season.

MAGNOLIA SCHOOL OF EXCELLENCE NOTES: Mariners are No. 25 in power rankings … Magnolia has lost three straight since 12-8 victory over Ringgold in Week 2, the first in program history.